Seven brief tales depict various expressions of love—unwanted, unrequited, passionate, enduring—from the bright beginnings of youth, through the doubts and changes of middle age, to the comfort and familiarity of old age. 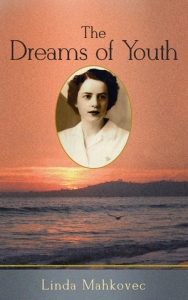 The Dreams of Youth

These five interrelated pieces tell the story of Maggie, a unique individual who is Everywoman—daughter, dreamer, nurse, friend, wife, mother. Spanning eighty-five years, they follow her from Depression-era Illinois to 1940s Hollywood, coastal California, and back to the rural Midwest. Bittersweet and poignant, celebratory and inspiring, these stories deal with the exuberance and romance of youth, the delight of friendship, the adventure of going forth into the world, and the disappointment and heartache that are part of life. 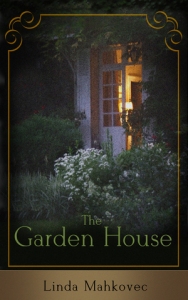 Turning fifty disrupts Miranda’s life in ways she hasn’t expected, forcing her to come to terms with unresolved issues. Chief among these is the mystery surrounding William Priestly, the tenant who is renting the family garden house for the summer. Is he the nice man he appears to be? Or is he the reason behind her increasingly disturbing dreams?

CHRISTMASTIME 1939: Prequel to the Christmastime Series

The prequel to the Christmastime Series introduces the reader to the world of Christmastime. Set in Brooklyn, we meet the young widow Lillian Hapsey and her two sons, Tommy and Gabriel. Even though the Christmas season is just around the corner, Lillian has no Christmas spirit. Alone, unhappy with her job, and plagued by financial concerns, Christmas has become a burden to her.

Overshadowing everything is the war in Europe. Despite the setbacks, Lillian is determined to give her sons a happy Christmas. Can she rekindle her girlhood love for the holiday season? Rediscovering her touchstone just might be the key to unlocking the excitement and magic of Christmas.

A tale of transformation involving a struggling single mom who is trying to make a fresh start in life and a man who has lost his connection to humanity. The curmudgeonly Charles Drooms is content with his life as the owner of a successful accounting firm. However, his narrow world is suddenly shaken up when the beautiful widow Lillian Hapsey and her two young sons move down the hall from him. The converging forces of the Christmas season, the presence of the widow, and the mysterious appearance of a little boy serve to stir up memories from Drooms’s boyhood, and ultimately force him to make a life-altering decision that will affect them all.

The second book in the Christmastime series opens two days after Pearl Harbor has been attacked. War has just been declared. It follows the love story of Lillian and Charles, the adventures of Tommy and Gabriel, and the bittersweet romances of Lillian’s friend Izzy, and the office manager at Drooms Accounting, sixty-year old Mrs. Murphy.

The Axis forces are winning as America struggles to find its footing in the war: the men leave to fight; the women join the workforce. Yet love burns brighter than ever, bringing people together, and giving them hope for the future. The famous Stage Door Canteen in Times Square provides the background for one of these romances.

Though the war intensifies, the Christmas season arrives, and love is kept alive on the home front. In New York City, Lillian Drooms struggles on her own while her husband, Charles, is away at sea. She volunteers with Artists for Victory at a hospital for wounded soldiers, but she soon begins to doubt her ability. Meanwhile, on a farm in Illinois, 17 year old Ursula, a beauty who dreams of life beyond the farm, is torn between her sense of duty and the power of love. She finds the source of her deepest yearning and her deepest hatred in Friedrich, one of the German POWs recently hired to work on their farm. The Christmas season brings its charm and warmth – but can love survive in these turbulent, fragmented times?

Years of relentless fighting have strained the country, and the December news of the Battle of the Bulge crushes the hope that war in Europe will soon be over. Lillian Drooms pushes ahead with her career as an artist while she anxiously awaits the arrival of her, husband, Charles for Christmas, and her friend, Izzy, finally gives Mr. Rockwell the heave-ho – or does she? And on the farm in Illinois, Ursula’s troubling situation reaches a climax and is intensified by the arrival of her brother Jimmy, home on furlough from the Pacific. Among pervasive loss and disappointment, is there room for Christmas hope and happiness?

In the final book of the Christmastime series, the war is over. After years of grueling combat, heavy losses, and heartbreak, the first Christmas after the war promises to be a memorable one. Millions of servicemen are hoping to make it home in time for Christmas. Lillian Drooms anxiously awaits the return of Charles, fearing a final disaster. Izzy has opened a line of communication to Red, but what her future holds remains a mystery.

On Kate’s farm, her eldest son has made it home – but will her other two sons return from the Pacific? Ursula lives in dread of Friedrich’s impending departure and wonders if she’ll ever see him again. And unexpectedly, Jessica gives her heart to a returning soldier, only to be rejected by him. Can this first Christmas after the war be a happy one?