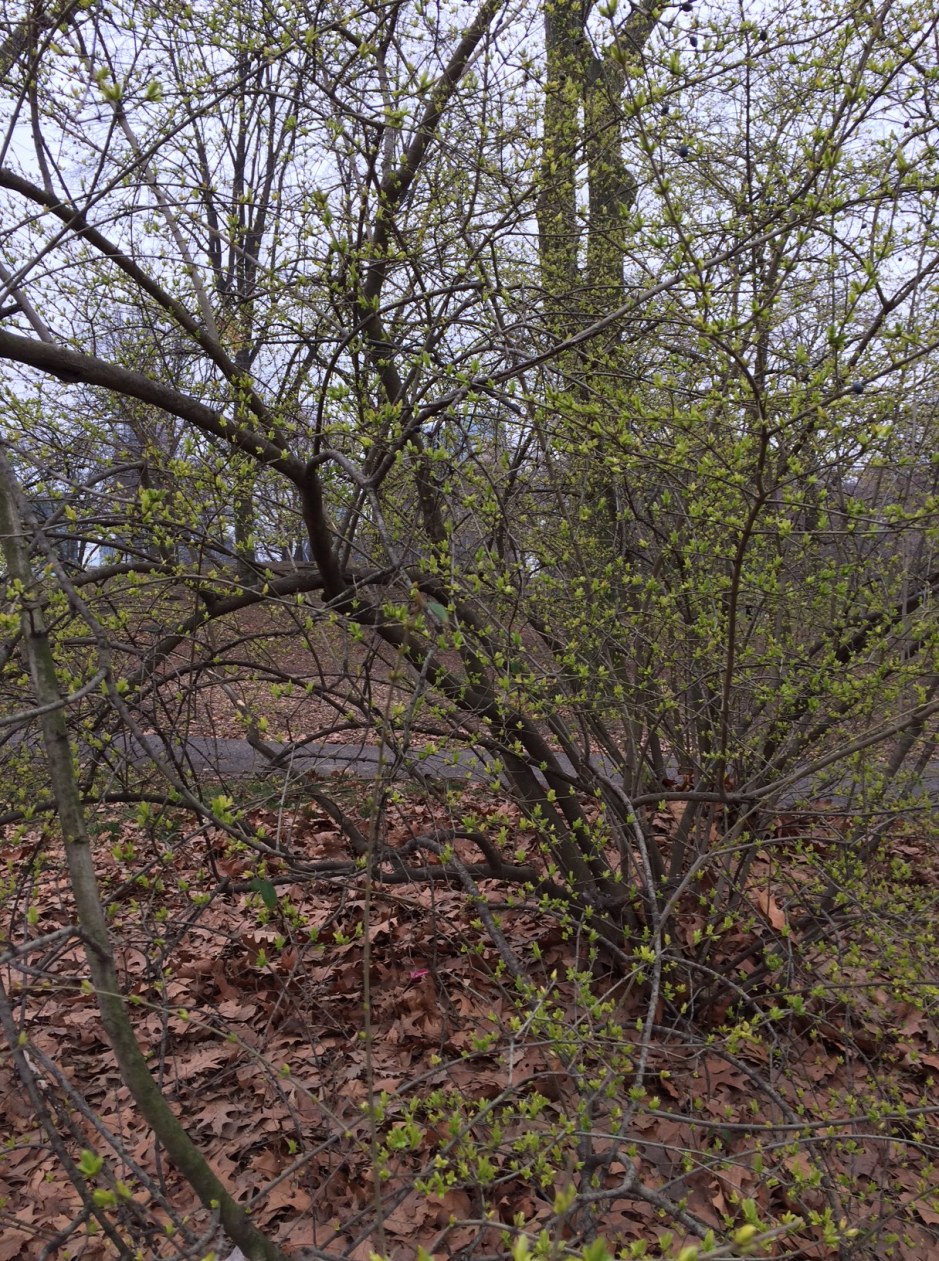 Even though the weather is still cold and spring is officially weeks away, I pulled on my jacket and gloves and headed to Central Park to check on the progress of spring. To see if more flowers had bloomed, if more bushes were beginning to bud. But instead of finding spring, I found all four seasons.

I stood on the little arched bridge over the pond, and from there I clearly saw winter. Against the backdrop of the Plaza Hotel, the pond still lay rimmed with ice. 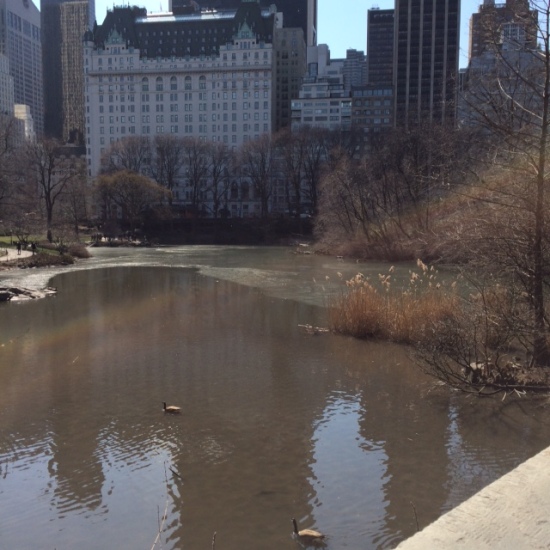 The cattails and plants growing alongside appeared dormant, almost frozen. And behind me, came music from Wollman rink. There were the skaters, twirling, jumping, gliding over the ice. 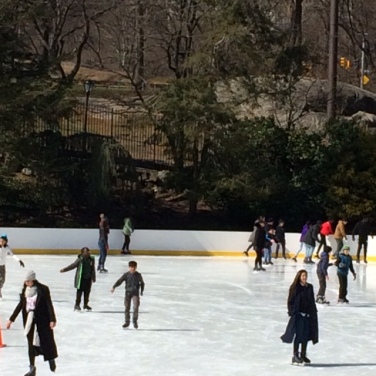 Fall made its presence felt in the bare trees throughout the park,

especially in the oaks. Their dry, brown leaves clung to the branches and lay scattered over the ground. They seemed to be tucked around all the clumps of flowers.

Under one such oak, I came across a little coupling of spring and fall, the contrast beautiful. A patch of crocuses nestled against a large black rock and above it, almost protectively, dipped the branch of curled brown oak leaves.

Spring was in the park, though at this time of year it seems to be close to the ground. There were bunches of green-speared daffodil leaves along the paths, and even a few daffodils in bloom. 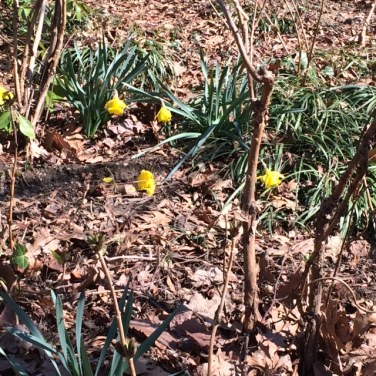 I found a group of Lenten roses and some snowdrops, though like the daffodils, their blooms hung down, as if against the cold.

The sound of birdsong added to the sense of spring, as tiny birds flitted and chirped among bare branches. The forsythia bushes showed yellow, just waiting for a few warm days before bursting into fuller bloom. And that delicate first green appeared on several bushes.

The most spring-like thing I came across was a little sunlit patch of bright purple flowers that from a distance I thought were crocuses. 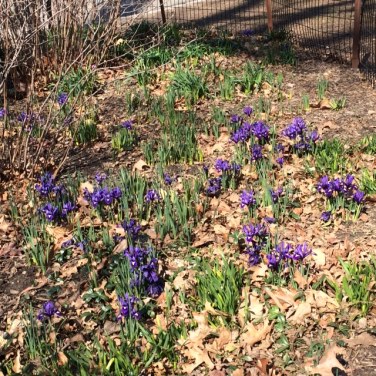 But up close, I found that they were something like miniature irises, almost forming a ground cover.

Summer?  A bit of a stretch to find, but it too was there.

The tourists were out, so the crowds alone made it feel like summer. At the Children’s Zoo, a few food carts for ice cream and popcorn were parked, just waiting for milder weather before opening up for business.

And at one of the baseball fields, a group of young men were practicing their fielding. One man stood at home plate, hitting balls out to different positions. The sound of the ball against his metal bat was a real summer sound – a deep rhythmic ping, ping ringing in the air.

But the sky was shifting once again from blue to gray, and the clouds were now growing heavier. Rain was predicted for tomorrow. The temperature seemed to have dropped. Would we have snow? Spring was hiding its head and taking cover once again. I pulled up the hood of my jacket.

I passed the statue of the Falconer as I made my way out of the park. There he was, reaching up to a gray winter sky, undaunted by the cold. I tried to imagine him against the color and mildness of spring, and for the moment, I couldn’t. 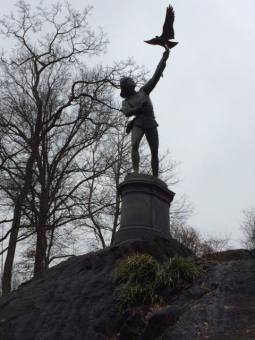 Perhaps I am impatient. It’s just that I know what’s up ahead – Central Park in the spring is magnificent. But there is also something tender to be found in this subtle shifting of the seasons. It’s as if relationships are there among the dried leaves and green shoots, a protective urging forward, alongside a slow goodbye.

4 thoughts on “The Four Seasons – today in Central Park”