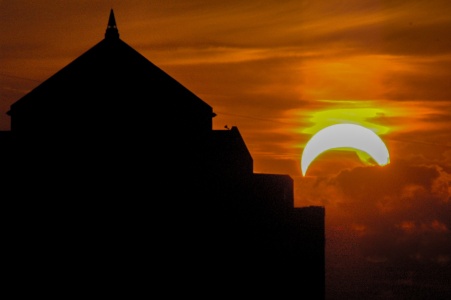 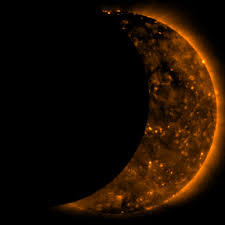 Crowds are gathering across the United States to watch tomorrow’s total solar eclipse. For months, excitement has been building. Small towns along its path have swollen in population, tents have been pitched in the path of the umbra, and eclipse chasers are poised to witness this celestial event.

“Totality begins in Oregon at 10:16 a.m. PT. It ends in Charleston at 2:48 p.m. ET. That’s only about 90 minutes for the eclipse to cross the entire county….The path of totality follows just a tiny sliver 67 miles wide as it runs from coast to coast.” – www.usatoday.com 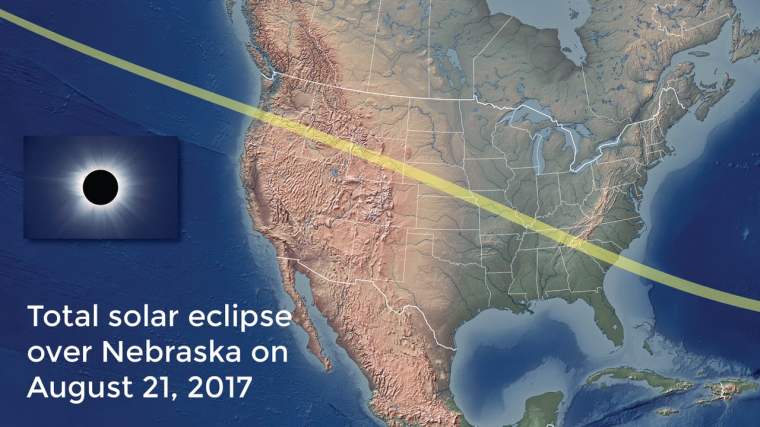 “The last time that a total solar eclipse crossed over the entire continental United States was in 1918” (www.newsweek.com), and it will be another seven years before it happens again. “According to NASA, on April 8, 2024, a total solar eclipse will stretch diagonally across the U.S. from Texas through the Northeast.” – www.Time.com

Though we view the eclipse with excitement, throughout history the sudden darkness instilled terror and dread. It portended disaster, great calamity, and even the end of the world. 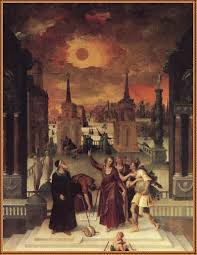 “Many ancient cultures worshipped the sun and the moon [and] a violent and sudden darkening of the sun was a cause for alarm and foreboding. Several East Asian cultures believed the eclipse was caused by a giant frog eating the sun, and in China, myths tell of a dragon doing the devouring, [while] in Norse mythology, the eclipse was the result of two sky wolves chasing and finally eating the sun.” – www.newsweek.com 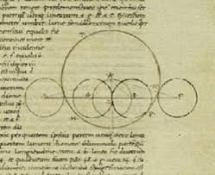 Fascinating facts about solar eclipses and our place in the universe:

Perhaps the most remarkable fact about an eclipse is that we still stand in awe of it. It forces us away from our phones and jobs, our tight schedules and day-to-day concerns, and reminds us of our tiny place in the magnificent universe.

An eclipse gives us a moment like the one in the illustration of the Medieval scholar poking his head outside of Earth’s realm: and we gasp and throw out our arms in stunned amazement as we catch a glimpse of a much wider world.

2 thoughts on “The Eclipse — A World Still Full of Wonder”