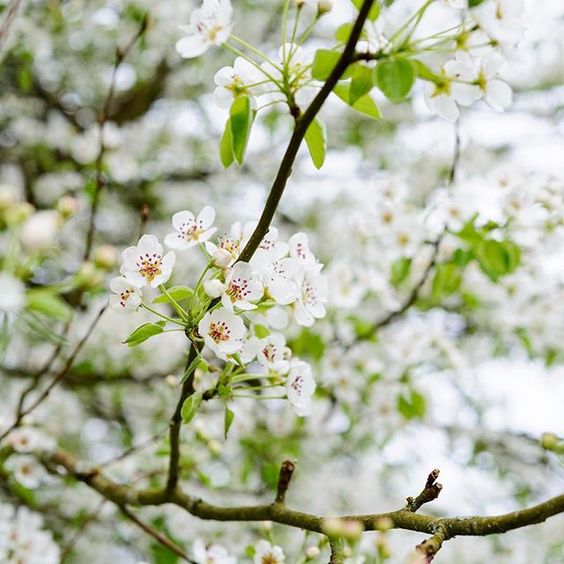 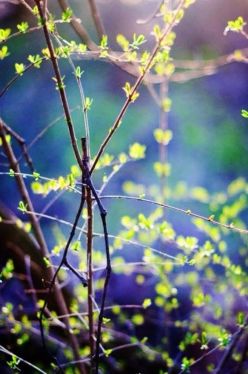 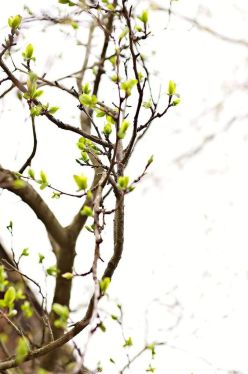 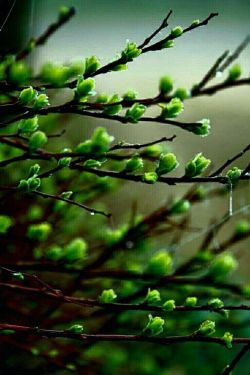 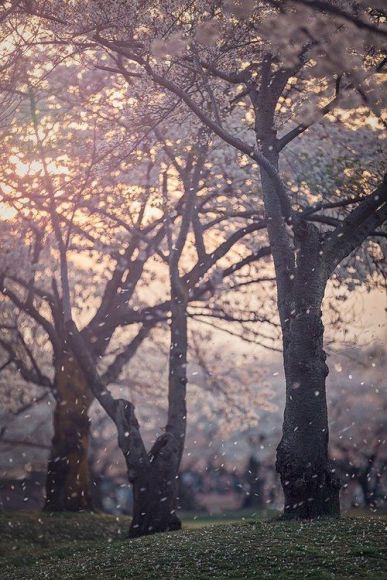 The winds were wild the day you died

And your redbud flowered in purple.

Cold wind and sunshine embraced us

As we crossed from house to house.

And the grass and hedge surrounding your yard

Shone in an emerald green.

Delighting in the April glory.

A day of beauty and laughter

When Heaven touched Earth in joy. 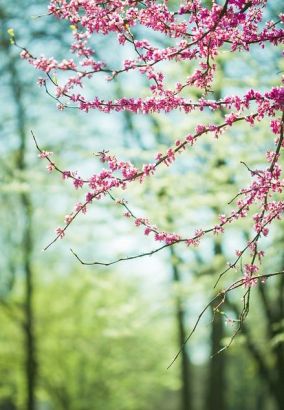 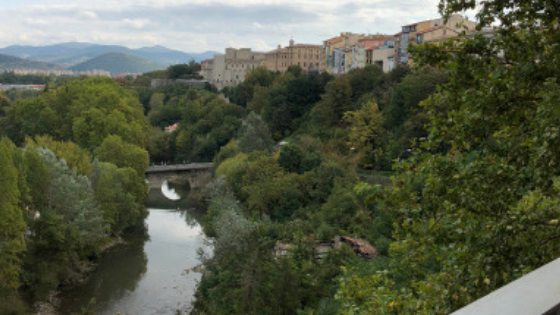 In the north of Spain lies the Basque city of Pamplona, capital of Navarra. It’s a significant point on the pilgrimage route to Santiago de Compostella. The streets are full of pilgrims and hikers, as well as tourists taking in the charm of the old city. 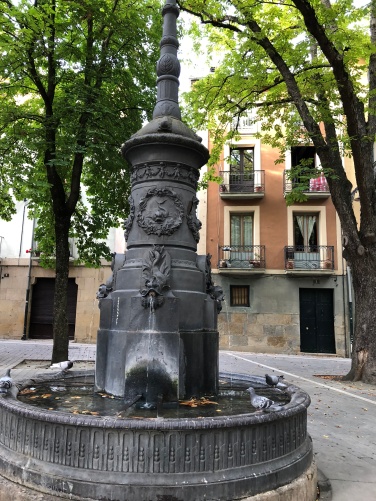 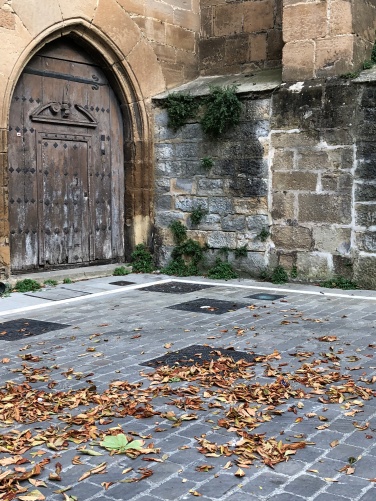 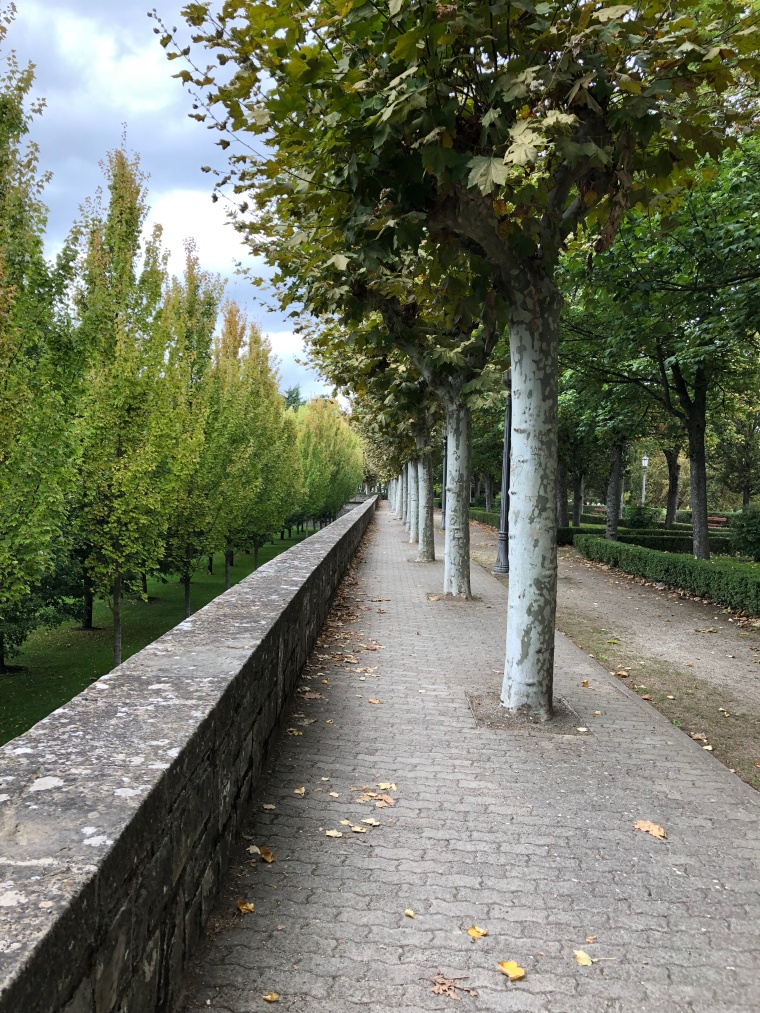 It’s a beautiful walking town, with the Spanish Pyrenees forming a dramatic backdrop and the Arga River flowing around the hilltop location. Walking routes from the Old Town take you to the  Taconera Park, full of flowers, benches, and gravel pathways. A sunken area that used to be a moat is home for a small herd of deer and several kinds of birds, including peacocks, ducks, and geese. 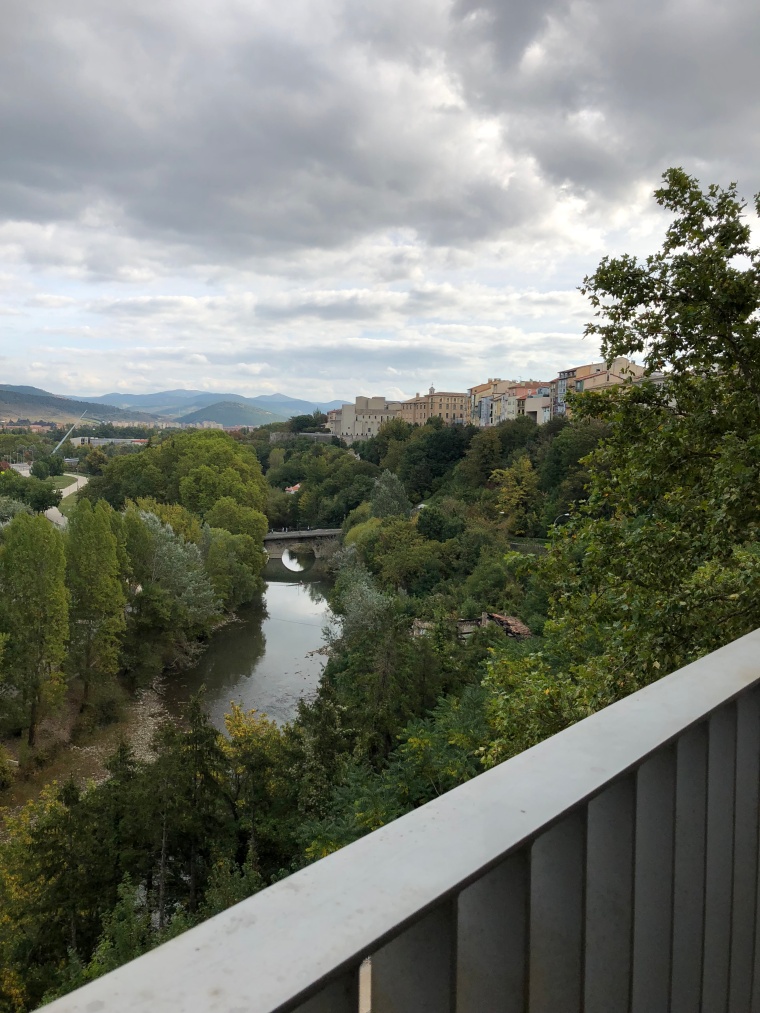 The walk around the edge of the park offers views of the mountains and valley and reminds you of just how high the city is above the valley — there’s even a tram that takes passengers from the lower part of the city up to the Old City.

A short walk further and you can visit the citadel and the surrounding park. Built in the 16th and 17th centuries, massive bulwarks and stonework reveal part of the original pentagon shape. A museum there explains that the pentagon shape was once a popular design for fortification. (You can listen to the accompanying audio in several languages, including Basque, which is fascinating in itself.) 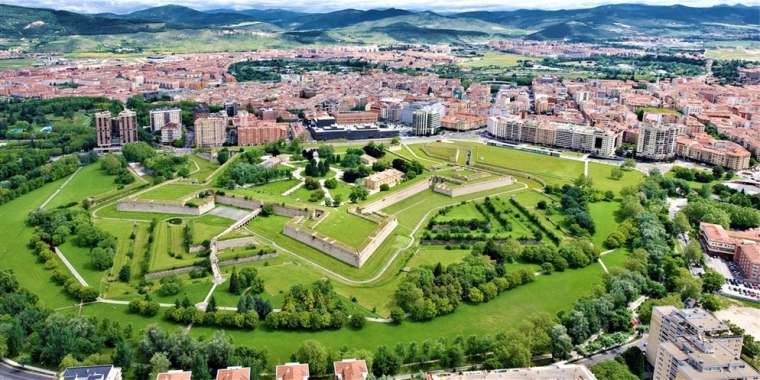 The heart of Pamplona, and the most beautiful part, is the Old City. At its center is the Plaza del Castillo, a large square ringed with buildings, many with flowering balconies. 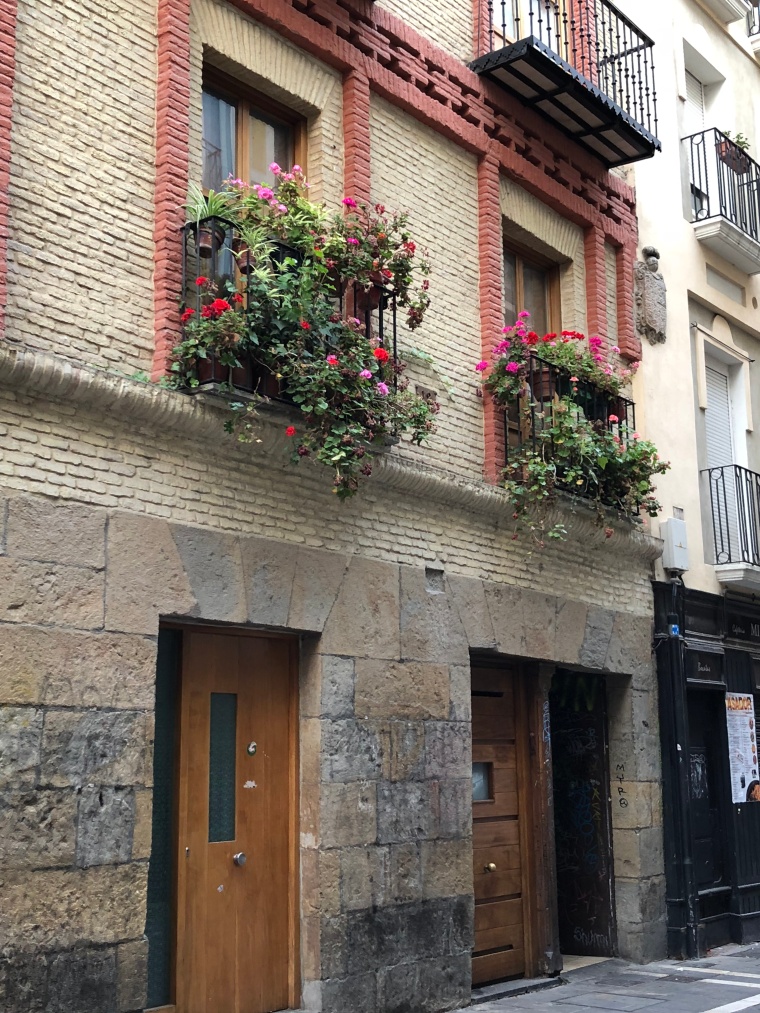 Most of the streets are cobblestone, and there are several medieval cathedrals and beautiful architecture at every turn — and lots of restaurants, many of them with seating outside, part of the famous pintxo tradition. Throughout the day, but especially beginning at around 4:00pm and lingering late into the night, small appetizers, pintxos, are served with the local wines or other beverages. This tradition makes for a lively street life, especially as the night grows and music pours out onto the narrow streets. 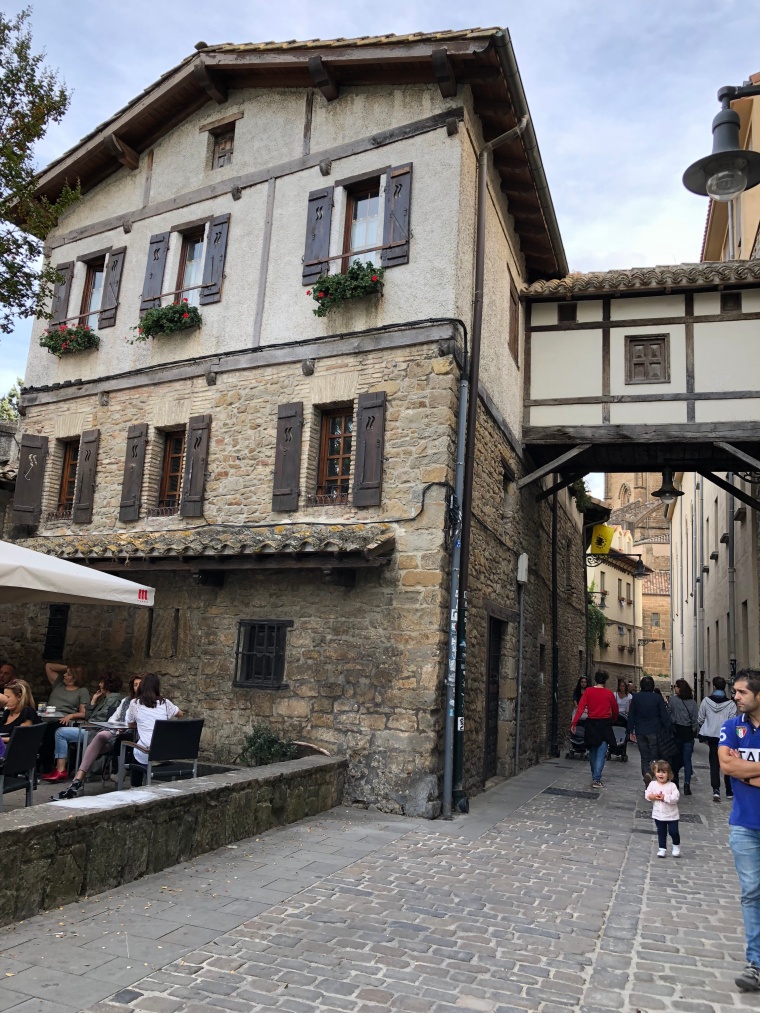 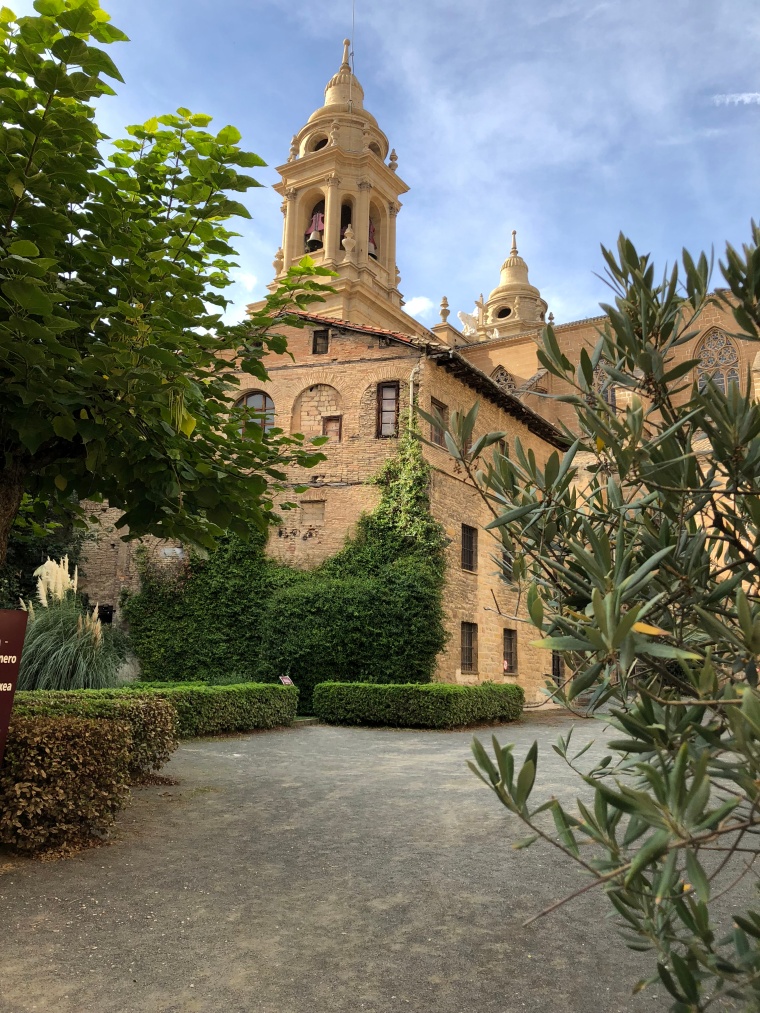 Pamplona, or Iruña as it is known in Basque, is most famous for “the Running of the Bulls” during the Festival of Saint Fermin in July. Ernest Hemingway wrote about the festival in his novel, The Sun Also Rises. And for this reason, Pamplona offers another sort of pilgrimage — a literary one. Pamplona is one of those rare locations that is specifically associated with an author. There’s a bust of Hemingway outside the bullring, and a life-size statue of him leaning against the bar at the Hotel Iruña. Photographs of him and his likeness are found throughout the city, especially in restaurants and gift shops. 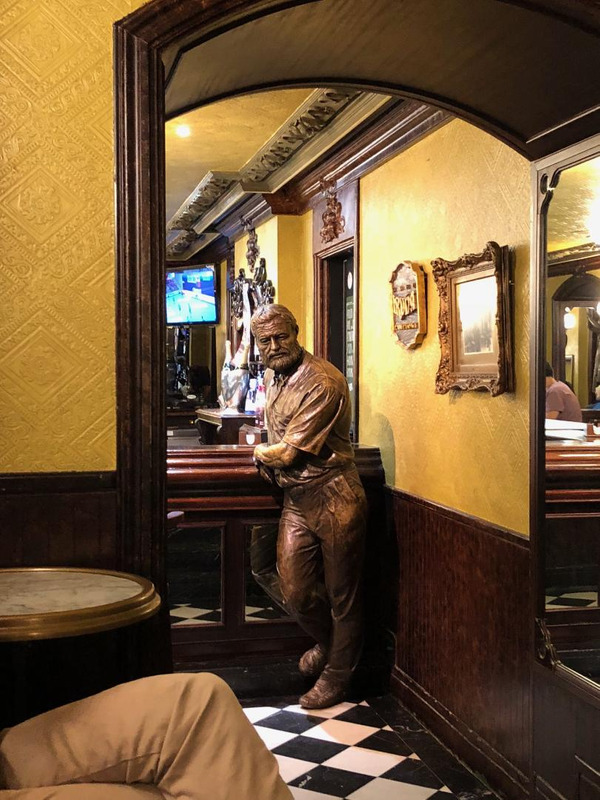 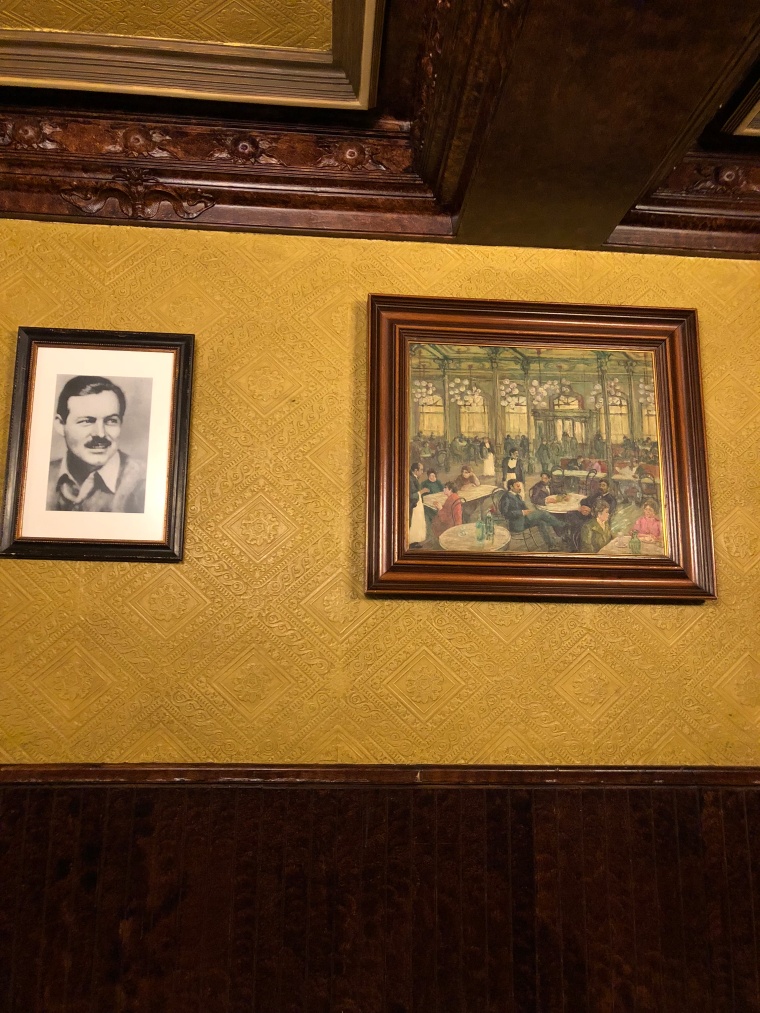 “Pamplona certainly owes some of its fame to its adopted son, Ernest Hemingway, who spent a considerable amount of time in Navarra during the Spanish Civil War and was a big fan of the San Fermin Festival.” (www.euskoguide.com) 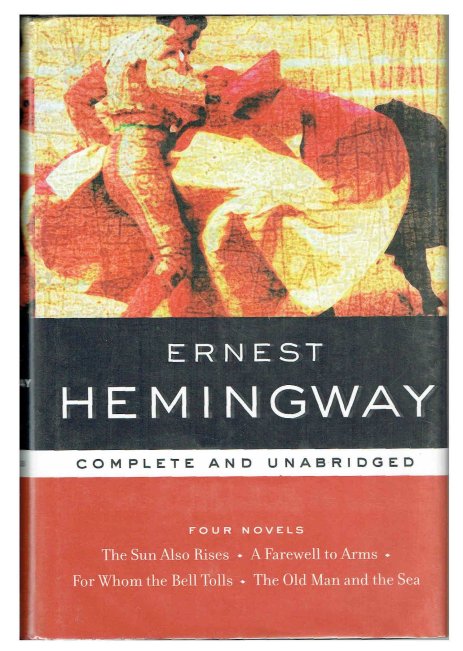 There was a different festival held the week I was there, with celebrations in the Plaza. The city was full of festivities, musicians and performances, and schoolchildren holding hands as they skipped to the music.

I don’t know if it was the festival or the lively pintxo culture, but Pamplona struck me as one of the happiest places I had ever visited. The streets were full of tourists and local families, couples, and friends enjoying the delightfulness of the city — sitting at crowded outdoor cafes, stopping for ice cream, enjoying the street performers and musicians, well into the night. 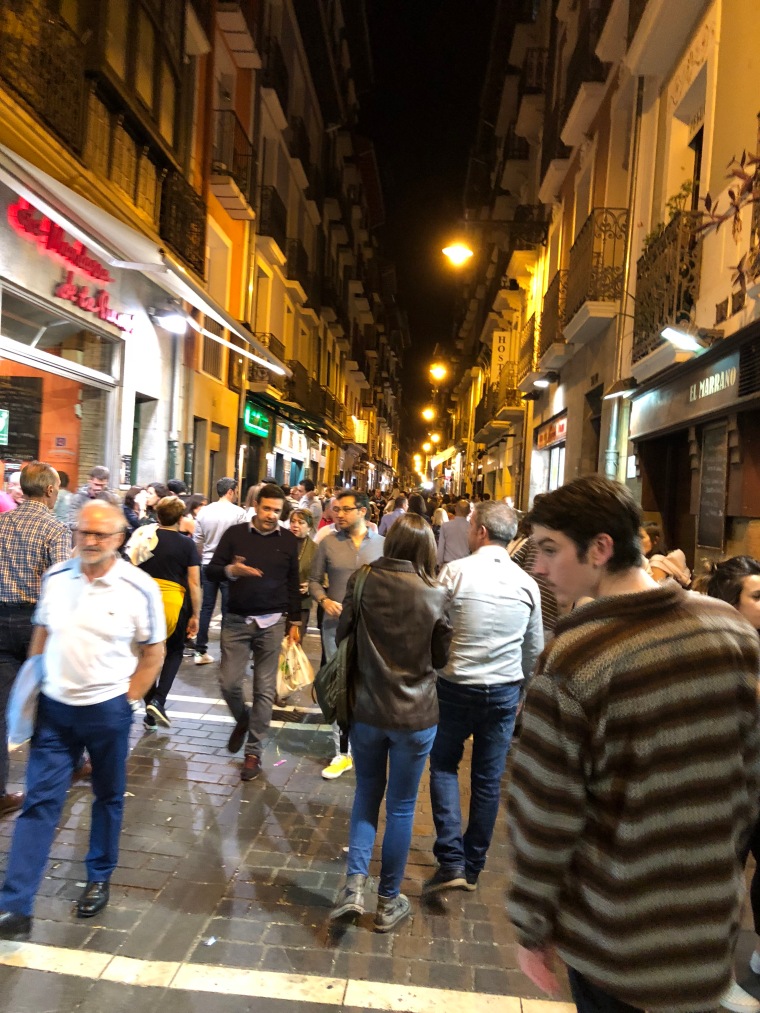 Though I loved so much about Pamplona, the Iruña Hotel held a special charm for me. It was full of old-world beauty in warm shades of sepia and globes of golden lights that reflected in the carved wooden mirrors. 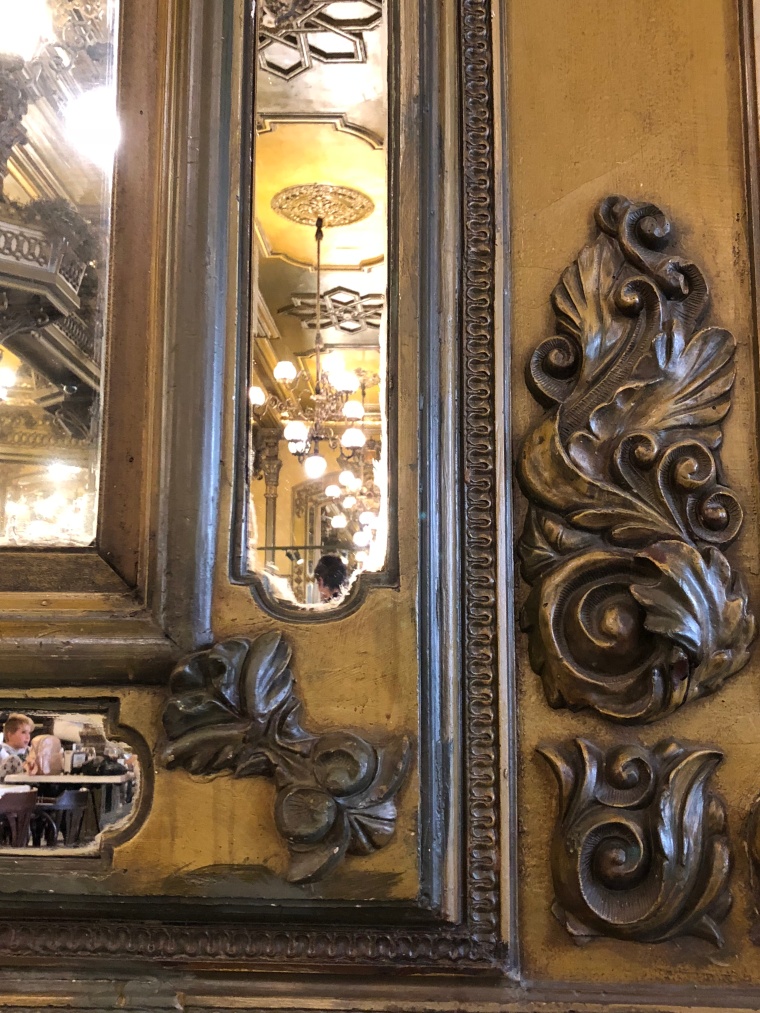 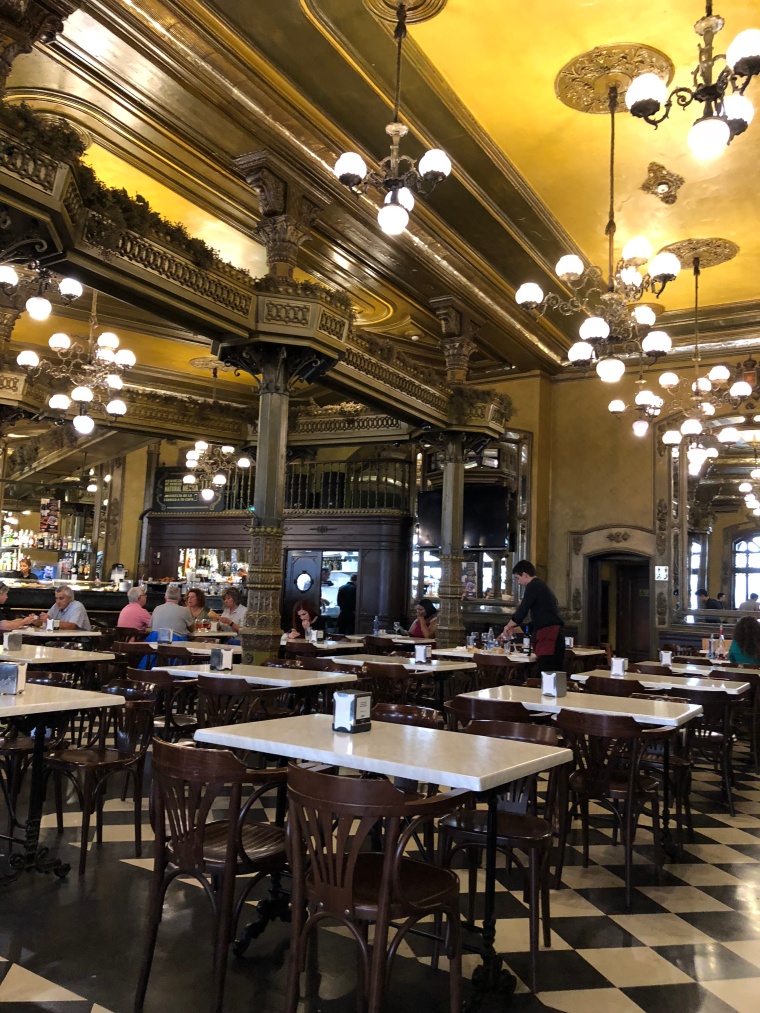 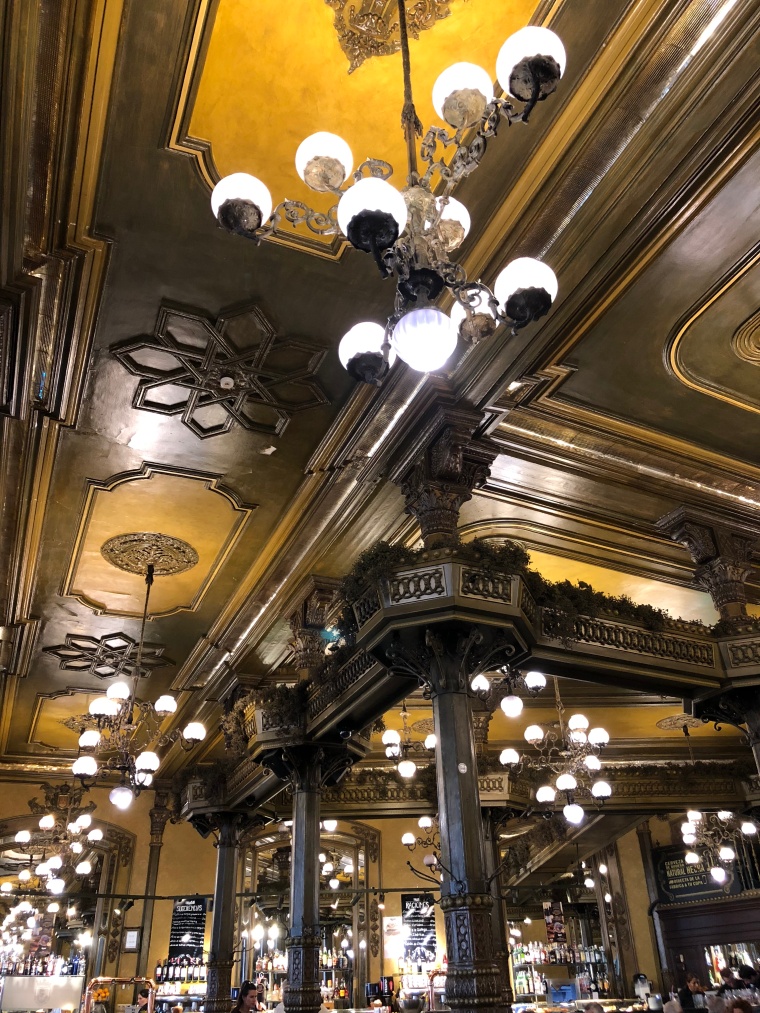 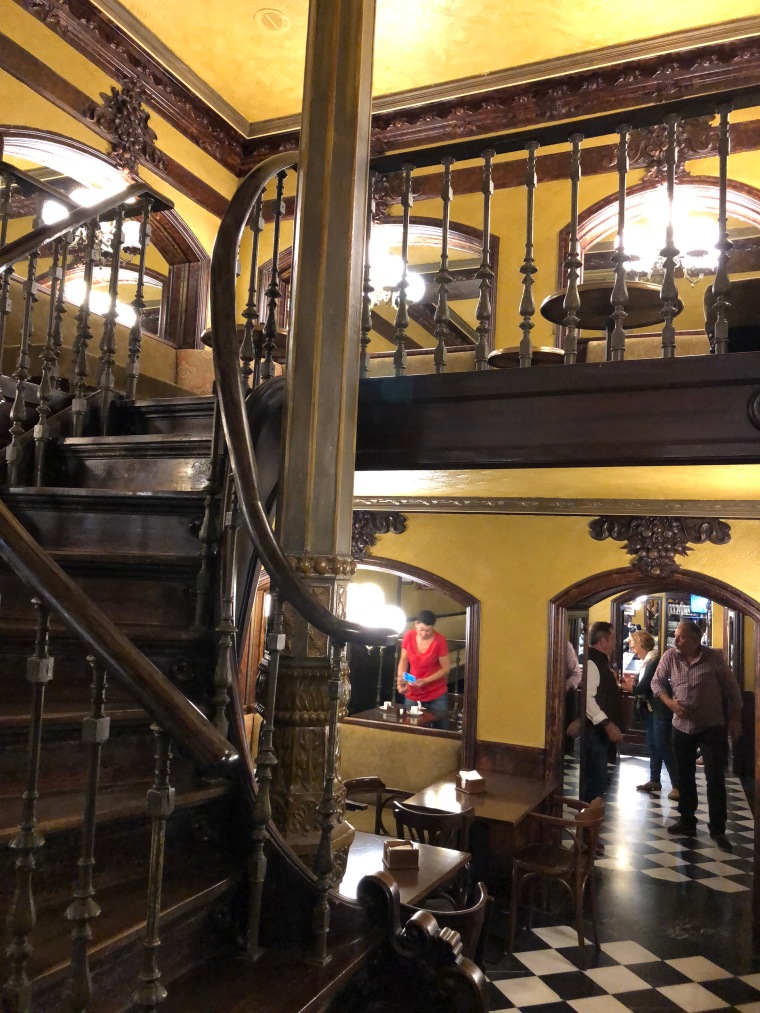 Sitting in the Hemingway Bar with its nooks and small balcony, it was easy to imagine an older, slower time, with people wearing different clothing and holding different conversations — and perhaps someone sitting alone at a table quietly penning a novel. 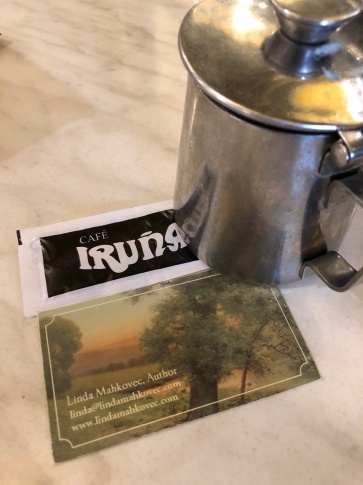