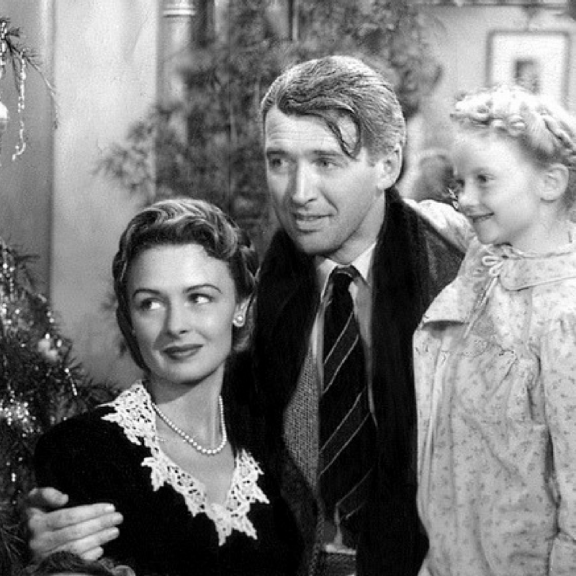 People often ask me what movies or books my Christmastime series is most similar to. For many reasons, the movie It’s A Wonderful Life comes to mind. It’s set during and just after WWII, it’s a story about love and family, the importance of friends and neighbors, and it’s about transformation.

I happened to catch it on TV the other night, and though I know the movie by heart, I found that I loved it as much as ever.

The story behind the movie is also “wonderful,” and offers an inspirational example for today’s independent writers. The movie is based on a short story by Philip Van Doren Stern (1900 – 1984), an American author, editor, and Civil War historian.

The story goes that in “February 1938, Stern awoke with the story in mind. Inspired by a dream that was reminiscent of Charles Dickens’ 1843 A Christmas Carol, Stern wrote a 4,000 word short story called The Greatest Gift. He began work on it in 1939 but didn’t finish until 1943.

Unable to find a publisher for his story, he printed two hundred copies of the story and distributed them as Christmas cards in 1943. One of the original palm-sized booklets came to the attention of a producer at RKO Pictures who purchased the rights, and then sold them to Frank Capra in 1945.” (Wikipedia)

“From this humble beginning, a classic was born. Stern’s story captivated Capra, who said he ‘had been looking for [it] all [his] life.’ Capra’s beloved adaptation, It’s a Wonderful Life, was released in 1946,” (Zoetrope – www.all-story.com) and has become part of the American Christmas tradition.