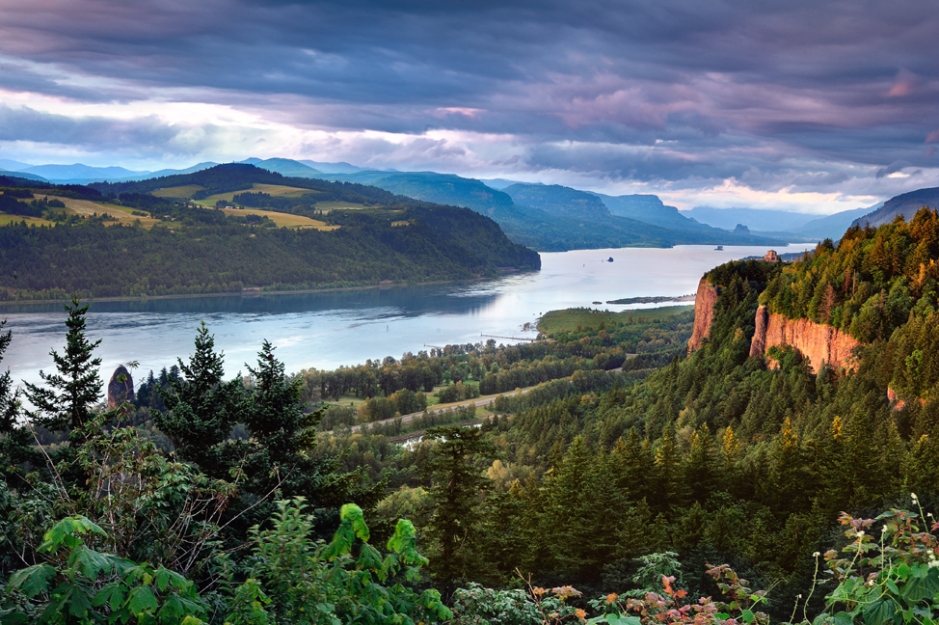 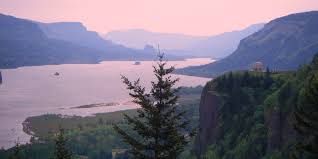 Every time I visit Oregon I’m left with the impression of the past and present mixing and shifting in a layering of influences. Though this is true of most places, it seems more pronounced in Oregon. My sister and her family live in Oregon and I’m lucky enough to visit there once a year, each time seeing someplace new.

My visit this time began with a wedding at the Columbia Gorge Hotel, in Hood River. Mount Hood, majestic and always covered in snow, forms a backdrop to the hotel when viewed from the Washington side of the river.

The historic mission-styled hotel was built in the 1920s and retains the glamour that once attracted the likes of Rudolph Valentino and Clara Bow. 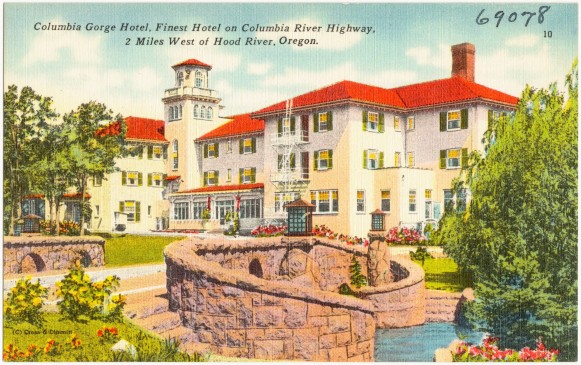 “These were the days of steamers navigating the waters of the Columbia River from the Cascades to The Dalles. To alert the hotel, the captains would sound the whistle once for each guest he had on board. Maids would then quickly make up the appropriate number of beds….Simon Benson [owner] had just helped complete what many of the era claimed to be the world’s most beautiful road, the Columbia Gorge Scenic Highway. Benson’s dream was to create an opulent hotel for travelers at the end of this road.”

A picturesque stream, crossed by small stone bridges, runs through the grounds and ends in a rushing 90-foot waterfall that plunges into the Columbia River. 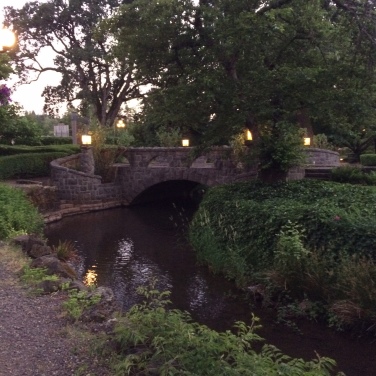 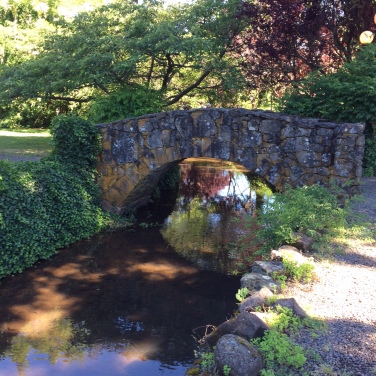 The river itself is steeped in the older history of the Lewis and Clark Expedition of 1804-1806, which began in St. Louis and ended where the Columbia River empties into the Pacific. 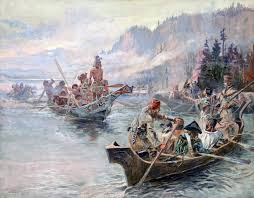 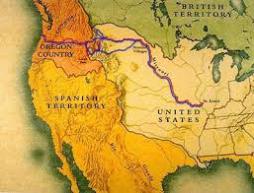 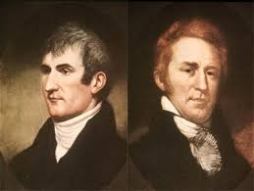 In fact, the very waterfall on the hotel grounds (the Wah Gwin Gwin Falls) is mentioned in their journals: “a butifull cascade falling over a rock of about 100 feet …” [Clark, October 29, 1805]. Their journals also describe the “Indian houses” along this section of the river and the sand bars “where the Indians caught fish.”

The Oregon landscape is imbued with Indian names that point to a deeper past, rich with the histories and legends of different tribes. Not far from the Columbia River is the stunning Multnomah Falls, one of the most photographed waterfalls in the world, and bound with the Wasco legend of a noble Indian maiden who sacrificed herself for her people. 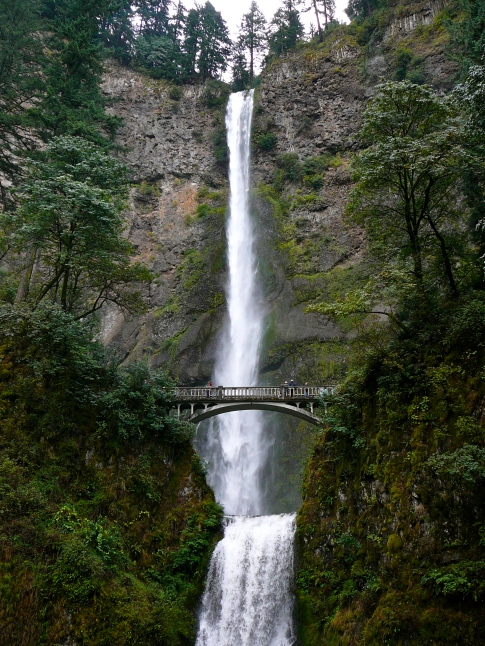 The rest of my trip was spent a few hours south, near Roseburg. The Umpqua River dominates this area. Wide, rocky, and breathtakingly beautiful, the river cascades down from the mountains and flows to the Pacific. Where the river widens and slows, the South Umpqua, people “float” the river on rafts, inner tubes, and canoes. 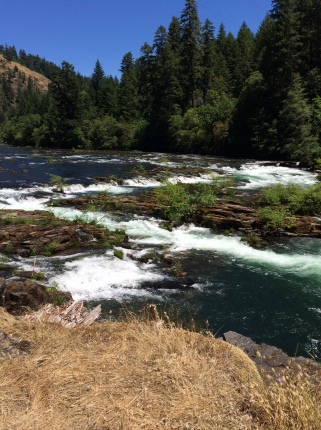 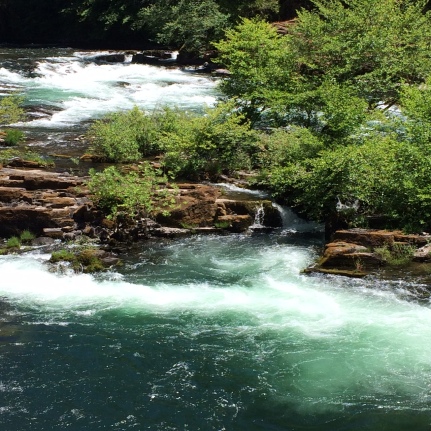 The area is noted for its waterfalls, and hiking to them you can’t help but imagine a more distant time and feel the presence of the various tribes who walked the forest paths, hearing the same deafening roar of the waterfalls and feeling the same cooling mists. 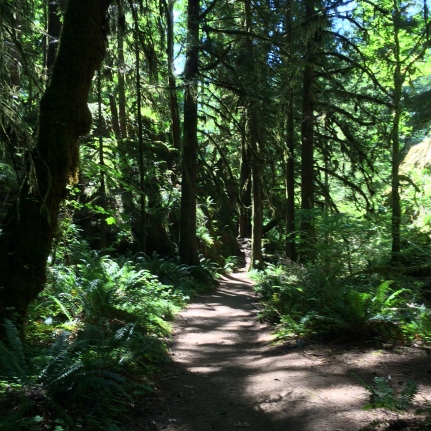 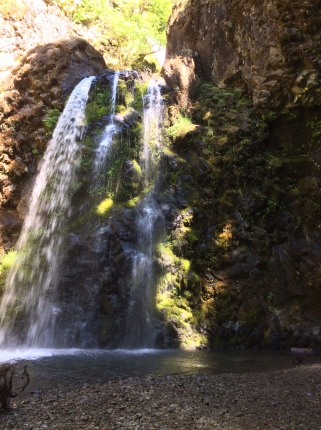 A more recent layer of history woven into the landscape is that of the early settlers. There are places, such as Canyonville, where the ruts from the covered wagons can still be seen, evidence of the people who passed through the Applegate River and along the Rogue River. Some of the names of towns are reminders of the pioneers, and perhaps their impressions of places: Looking Glass, Steamboat, Riddle, Remote.

The valleys are still full of farms and ranches and orchards that were started by the pioneers. Century farms, “continuously owned by a single family for 100 years or more,” (Wikipedia) are plentiful. Some of the farms are beautifully preserved and give a glimpse into a harmonious way of living that was intricately bound with the seasons and the land. 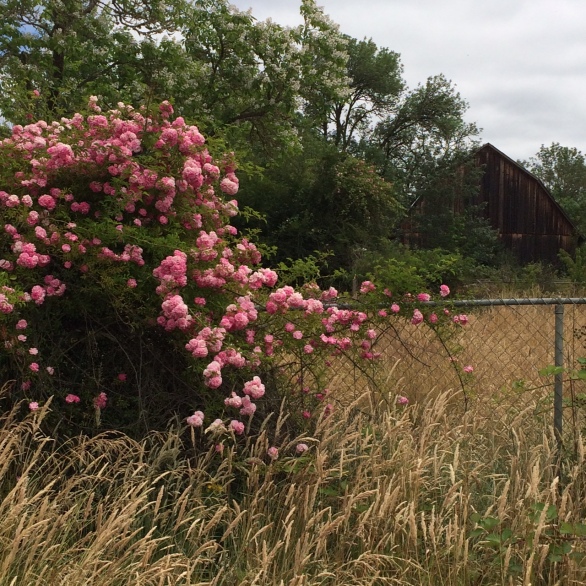 Other barns and farm structures, seen from the road, sag with the weight of time, or have collapsed completely.

More recent in the agricultural landscape are the vineyards, that are increasingly being planted. Though “settlers to the Oregon Territory planted grapes as early as the 1840s…the production of wine has only been a significant industry in Oregon since the 1960s” (Wikipedia). The Willamette Valley alone has over 500 wineries. Some are perched on hilltops that overlook rows of vines and give the countryside a European feel. Others, set along rushing rivers, are distinctly Oregonian in feel.

Oregon is also famous for its flowers, and on this visit taken at the end of June and early July, we sought out some fields of lavender. Though they were not quite in full bloom, their fragrance was strong — fresh, clean, and uplifting — and I bought some vials of lavender oil to take with me back to New York. So much of the landscape inspires a sense of beauty and well-being and the lavender oil seems to capture that. 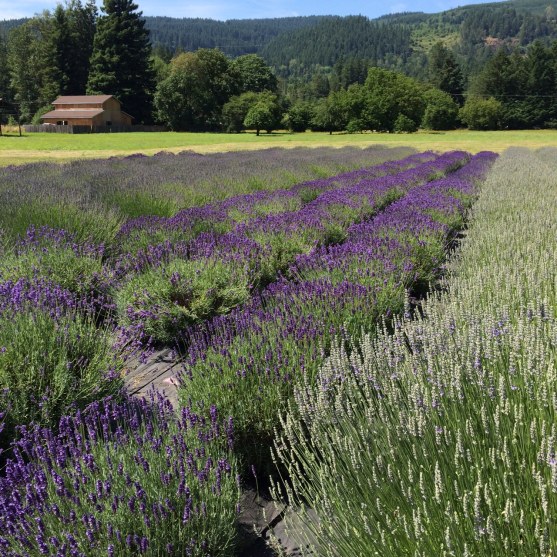 On my last evening in Oregon, we took a walk along a country road that overlooked the valley below. The coastal clouds, like a slow-moving wave, gently blanketed the rolling hills, and the setting sun cast the farmland below in a soft golden light. Magical. 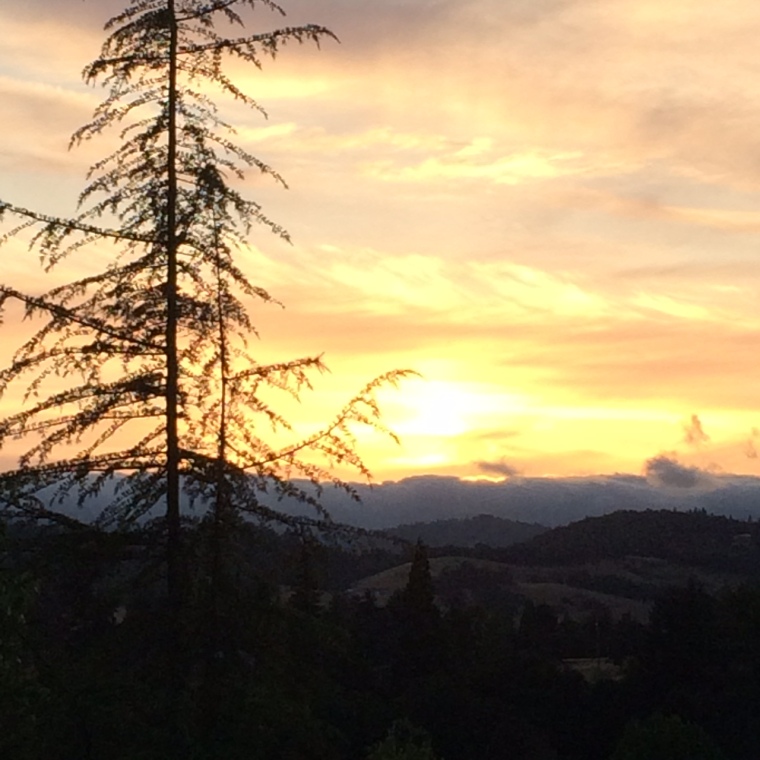