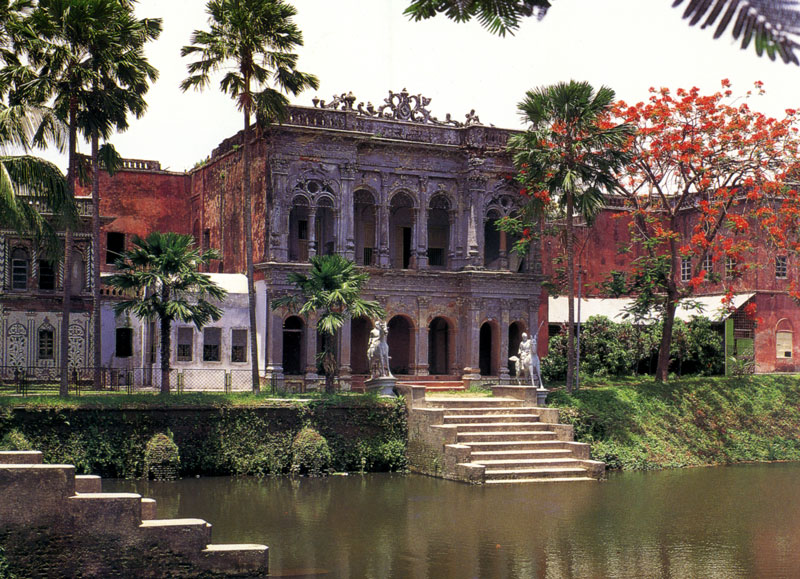 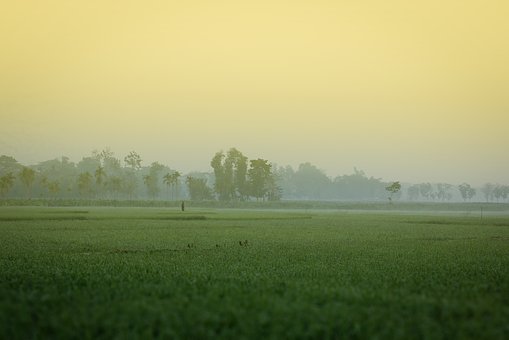 In the mornings, I stood on the bedroom balcony, and closed my eyes as I listened to the sounds of Bangladesh: bells from the bicycle rickshaws, short beeps from the motorbikes, the alluring call of the muezzin from the nearby mosque. Small birds chirped from trees that rose up past the balcony, and geese squawked and flapped their wings in the neighboring yard. 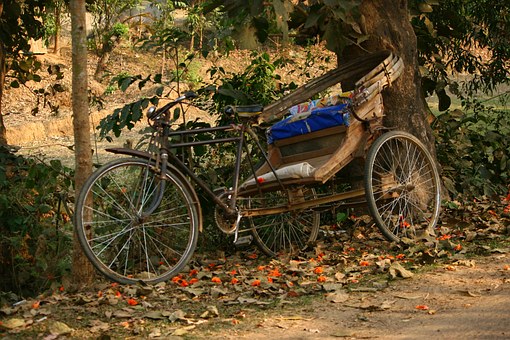 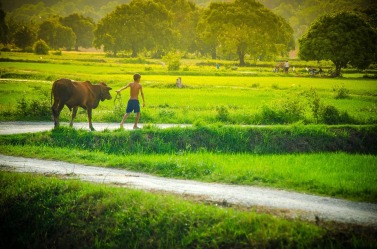 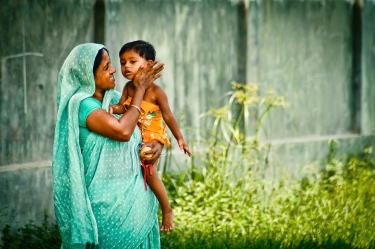 One day,  as I was writing, I heard music coming from the street, and I ran downstairs to the front veranda to see what it was. I was delighted to find an enchanting procession passing by on the dirt road outside the house. But then I was told that it was a Hindu funeral and they were on their way to the cremation. Carried on the shoulders of six men was a wicker bier on which the body was laid, its head rocking back and forth with the movement of their walking. The men held burning sticks of incense, and the group that followed made rhythmic sounds from bells and tiny brass instruments. It was a day-to-day event, and the other people on the street took little notice.

A group of giggling schoolgirls in uniforms of pale blue and white passed by, their black hair neatly arranged in buns or in braids. Vendors passed the procession, bent only on selling their wares: a stick-thin man with a bamboo pole across his shoulders with baskets of vegetables on either end, the bangle lady enticing the women in the houses with her cries of “churi, churi!” and a man carrying a colorful stack of cloth on his head. Life and death were in easy company on the busy, dusty street. 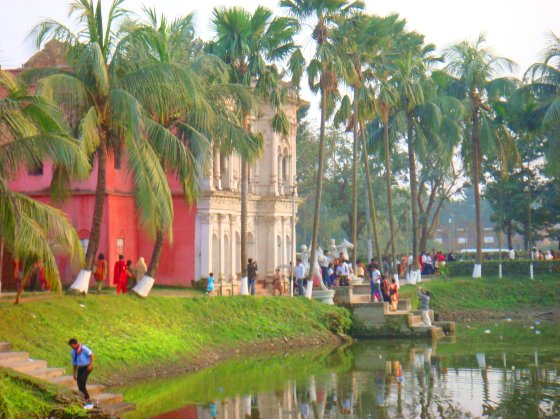 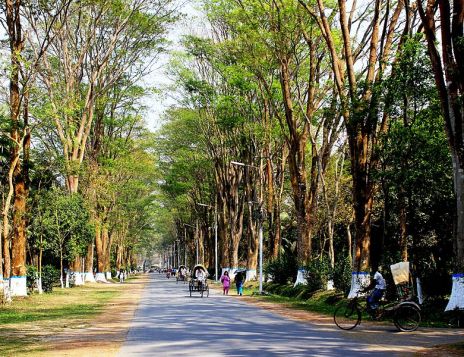 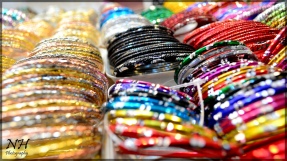 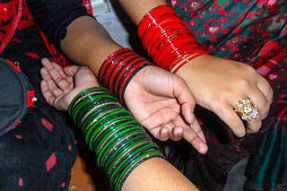